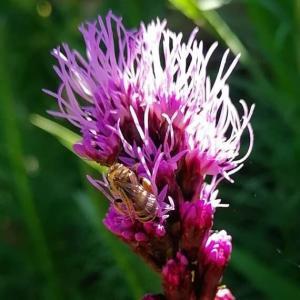 When we had just moved to France, the language mostly rode roughshod over us. French can be intimidating in a very discouraging way, reckoning straight away that the years of studying it in school boil down to a complete waste of time, thank you very much. Things being what they are, we’re still far from fluent but I honestly belief that we are comfortable enough with it now to stay out of trouble. We can form sentences and they might even be coherent, at least to ourselves.

A noteworthy manifestation of how different it was back then, begins with an invitation from a new acquaintance to visit the house of his parents. His girlfriend had sent us directions in a text message and even though it was supposed to be not that far, we managed to get despondently lost. Without proper mobile coverage we were forced to draw on obsolete methods, like asking pedestrians for help.

After touring an entire village, interrogating basically every living soul, there wasn’t even a beginning of an answer. But worse: we couldn’t figure out why we were laughed at so convulsively in response to our perfectly articulated “Nous recherchons Les Gays. Vous connaissez?”
Little did we know it was Autocorrect, scrambling up the destination’s name in our friends text message, that send us on a scavenger hunt for some plain old homosexual fun in the remote French countryside. Us being real friends of Dorothy only added to their entertainment, obviously.

The whole thing reinvaded my consciousness while researching our newest flourishing greenery, just now popping into its first bloom. It turns out the multitude of bulbs we planted in all ignorance in the border around our terrace, are members of a sunflower family with the most common name of Blazing Star, but also known as Gayfeathers.

The almost identical innocence with which we will have created a Floral Pride Parade at Les Pierres once they all start to bloom makes me smile. The historical medicinal uses of Liatris Spicata by Native Americans will undoubtedly make me want to write about it some more soon. Vive Les Gays, feathers and all. 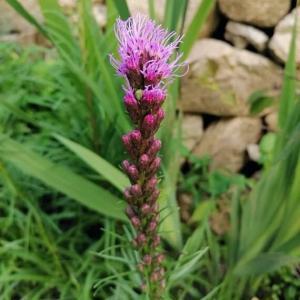