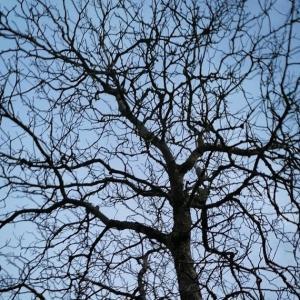 Not for the slightest bit was it even beginning to look like Christmas at Les Pierres, all too distracted by the haggard search for the satanic obstruction in our sewer that drove Ivory elsewhere and left me feeling very French, pretending not to be too worried or caring, because who needs to shower more than twice a week anyway, all practicalities in favor of a no fuss celebration with just the two, three, five of us, depending on who wants to come in and sit by the fire we keep going not for ambiance obviously but for pragmatic purposes, specifically enhanced by corona blessings, to put it disrespectfully, and still we got party invitations from Dutch friends who have managed to get out of their lockdown.

This Scrooge was about to dust off stories of French chateau life and its unsurpassed expansion when it comes to other peoples traditions, how it has ruined his festive appetite, not a word of a lie moreover but certainly not very motivating or jolly either, like the birth of the Gay-Bûche-de-Noël folklore, originating in the chateau custom of creating a glamorous group portrait around the spectacular tree on Christmas Eve, which sparked a caustic online comment from my sister because on it Ivory and I where split up and made to look like some dirndls’ husbands, and ridicule and derision fell to her through the noisily laughing mouths of the castle inhabitants, befogged to be misunderstood on their artistic intentions, retroactively ill-considered, so they added a two groom cake-figurine on their traditional French dessert and declared their allegiance to repeating that pompously yearly, prolonging our discomfort, just for the fun of it.

Also consider reading  Cooling down in the windowsill

This story needs the ghosts of Christmas Present and Future to be heard too and thus came to pass when this afternoon I finally broke this annoying spell of obdurated flow, took a heavenly shower, told Ivory a new septic tank is on my wishlist for next year, and lit the candles, our many candles.

It might still not look like Christmas at Les Pierres, no festive tree but our walnut, happy to stand in, a powerful reminder that magic is what you create by and for yourself. Wishing everyone a magical merry one this year.