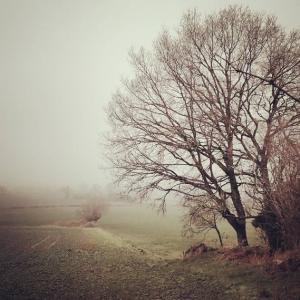 Never before, reverberates the repeatedly resurfacing dramatic in me, have I so suddenly and overwhelmingly intense felt the urge to hibernate then at this new beginning, prompted no doubt by the harsh coldness that has totally overtaken us, exaggerated as well of course and not unexpected but nonetheless further debilitating our prowess, or mine I should say, because it doesn’t seems to affect Ivory as much as it does me and the activities I had in mind to start this year with but I can’t drag myself to engage enthusiastically in any of them.

As I have come to expect, any answers seeking to tackle this energy guzzling yet inefficient state must come from the mind, because I am disappointingly aware of the biological and physical impossibilities for giants like us to lapse into a healing wintery sleep, without fail waking up before dawn and the baby, who rightly blames me for the deleterious effects.

It’s been over ten years that Ivory and I, at the time still living in Rotterdam and thus dealing with a more moderate maritime climate of not so hot summers and less cold winters, decided to take a break from our just purchased drafty and not central heated house by going somewhere tropically warm, only to end up in stony hearted Russia, because of budget considerations mainly but also because we then already preferred challenging our desires to the max. Revisualizing the man-sized icicles we saw hanging from Saint Petersburg’s rooftops, known to regularly kill innocent passers-by, should be enough to make our current freeze front not just durable but laughable even and those were the simple hardships one has to undergo when it is minus 20 degrees Celsius at best.

Also consider reading  Stunningly similar to the world of humans

With the current political climate and the not so friendly attitude towards gays in general, however efficient when it comes to ones gadgetry for coping, a return to Russia seems out of the question.

The best antidote against the fierce iciness one thinks one endures I took away from that epic trip, using my eyes to find beauty within whatever’s available and actually appreciate the sacrifice you have to make to be able to truly behold. Taking pictures outside in pajamas seems piddling but pays off!