A Sense Of Time Gone By Alongside Their Glimmer 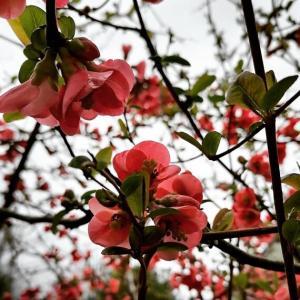 These orbicular tendencies of lifelines passing through generations never cease to amaze me: twirling ugly and bad into stunning spectacles, all while sharing the same adjective and background.

Because of what happened to my mother’s family when she was young, incarcerated in concentration camps for years, forced to live through various atrocities, I am very capable of appreciating the profound beauty of Japanese blossoms but never without the bittersweet offering of a sense of time gone by alongside their glimmer.

It’s a silly connotation and completely personal, as I’m sure my mother would not approve of my pettiness. She assigned the nickname Jan De Mepper to her greatest executioner, which translates largely into John the Wacker, but in her native Dutch it provides a softening aura, as if it wasn’t all that bad.

In her stories of the hardships they endured, she made a point of always emphasizing she never felt any hatred towards these low life perpetrators, finding in me, a flawed although willing student, a lot less ready to forgive these crimes of the past.

Last year’s Japanese cherry blossom season officially began on March 14, when flowers opened on a Someiyoshino tree at Yasukuni Shrine, the earliest ever bloom in Tokyo. This year, full bloom is expected around March 22, setting of the Hanami Cherry Blossom festivals, an important custom held all over Japan during Spring, celebrating the transiency of beauty.

Not without their usual passion, that I prejudicially tend to relate to hysteria, the Japanese celebrate this awareness of impermanence with the term ‘Mono no aware’, literally “the pathos of things” but also translated as “a sensitivity to ephemera”, with both a transient gentle sadness at their passing as well as a longer, deeper sadness about the reality of life.

The cherry trees we nurture at Les Pierres are a long way from starting their bloom cycle, but our Japanese quince (Chaenomeles japonica) is underlining my mother’s plead to let go of bias by gorgeously congesting the view from our kitchen window, normally blocked by our neighbor’s invasion of ugliness, otherwise known as The Woesome Wall.

Let’s celebrate with picnic and sake!

PrevUnconditional surrender to their surroundings
Outspokenness rules, in all the colors of its rainbowsNext
0 0 votes
Rate this post
Subscribe
Login
0 Comments
Inline Feedbacks
View all comments