A Theatre Piece Sprung From Our Own Imagination 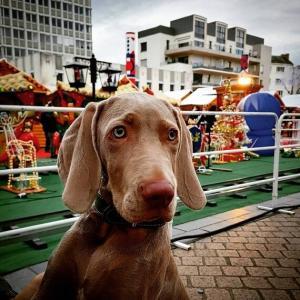 We never really question the finiteness of the beauty that surrounds, forces and comforts us, spoiled as we are by the persisting pristine presence playing a leading part on this stage we have build us here, nor do we realize very often it’s exactly that, a theatre piece sprung from our own imagination, shaped by the choices we made over time and keep on making because we like what we see and its intuit identity of inclusiveness is addictively appointed.

Ivory’s choice for a sushi birthday meal however involved a trip to the largest city in our area yesterday, a paragon of ugliness of which I conveniently forgot we usually avoid it like the plague, or Covid, as the confinement measures have made it even easier to neglect this monstrosity with its physical and mental references to all we so cogently left behind in life when we chose to explore a more sustainable future, factually a more selfish one as well, away from the same social and commercial distractions that were hitting us straight in the face upon entering this city’s center, lavishly decorated for Christmas, and not in a good or attractive way, I cannot but add.

It’s been nine months since we were confronted with this kind of hustle and bustle, apparently the precursory standard the Dutch hope to be able to return to in five weeks when their lockdown, started on the day ours ended, presumably and hopefully finishes, and we did not miss it, to understate the obvious. The sheer amount of lights, sounds, movements and other disturbances filled our poor fanned out heads within seconds, instantly degrading us to the peasants we so proudly have become, so explanatory misplaced in that misunderstood profane world that desiring sushi, a recurring guilty pleasure of Ivory, seemed insufficient a reason for us to expose ourselves to it, but we justified our persistence in spite by using Mec and his schooling in adaptation as an excuse.

It proved impossible to modulate the influence of this mental battering on our poor puppy, his tendency towards overtired tantrums waiting in ambush like a lurking predator, but his deep snores in the car on our way back represented the promise of him apprehending the essence.