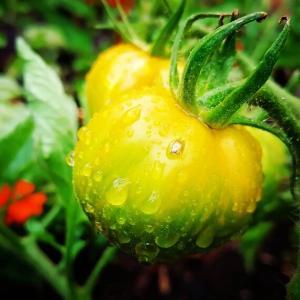 It’s a widespread but easy to refute myth that it takes two giants to create one, at least from a genetic point of view. I really paid attention in biology class back in the day, getting the XY chromosome determination system explained, and although neither of my parents were giants physically, I’m pretty sure my siblings nor I sprung from any milkman, no matter how wildly attractive that possibility seemed at times.

Incontrovertibly we’ve all become giants in something, hopefully are all exploiting our personal talents to the fullest extent possible or desirable, but trying to explain greater tallness by genome combination vaguely reflects a predominantly male line on my mother’s side of the family tree, apart from a few nieces who might want to argue that assertion, but I would never throw the word colossus at them.

Individuality and identity have always appealed way more to me than heredity and lineage, thus diametrically opposing my eldest sister, who gladly and fiercely stood up for her right as firstborn to reign every possible occasion, only amounting to pitiful laughter and disdain from us, her humble subjects.

Her royalty mimicking, ever so pretentious tone of voice, a totally subjectively classification of course and probably by now thoroughly distorted through decades of no contact, surely did no wonders for her likability at the time. In all fairness, were you to ask her, she’d presumably make a very credible case of my judgmental nature, always aiming to achieve moral superiority, being the root of all waspishness.

Because giants tend to scale their battles to unreasonable proportions, the silence between us, agreed to by mutual consent, has proven the best way forward for the both of us when we reached adulthood, allowing us to shine individually without too much awkwardness or hassle.

Admittedly, in growing nutrient-dense food in Les Pierres’ veggie garden chromosomes play a more prominent role. Being the last variety of tomatoes to start producing ripe fruit, fate falls hard on the Green Zebra striped ones to end up in a mix with swifter congeners. Seems only fair to plan a dish with only them, to honor their individual originality. 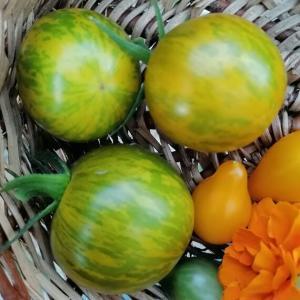 PrevThe devising of new bewildering wonders in seclusion
A new house, bigger and better than any one before thatNext