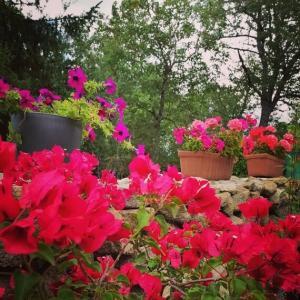 Sure, every now and then my responses may be perceived by less innerly connected individuals as disruptive or inappropriate given a situation or setting and when that happens they usually show their disapproval promptly, creating meta communication that steers away from the subject I was reacting to, effectively settling the argument in their favor without having to provide substantive testimony by suggesting a more civilized discussion would be attainable if only I learned how to control my emotions. But then, history’s written by the victors and my colorfulness or passionate intake of life is essentially harmless and shouldn’t put anyone off.

The straw that broke my fathers’ back when we were taking care of my Alzheimering mother at home was when she mistakenly used their bathtub as a toilet, causing him to furiously point out the smelly remains, hold her accountable and force her to clean up after herself, upon which she laughingly responded: “Oh, what have you done now !”

By then I had already come to terms with her new tendency of turning fate, literally hitting me in the face while helping her change clothes and subsequently, without noticing my painful horror, telling me I was the instigator, the perpetrator and the victim at the same time.

My father however was at the end of his tether and needed her gone to recuperate himself, initially for a couple of weeks, but I knew on forehand it was going to be final and she would never return home, a comprehension miserably breaking my heart but not stopping me to fight for an alternative, any alternative. I knew we all lost that battle when my father blurt out he could not and would no longer deal with my extreme emotional approach to convergence.

Observing the hot pink petals of our terrace plants getting ripped of by this seasons’ wind and rain, quite appropriately from our bathroom window, often takes me back to the cause of that particular stalemate, with an if-only-he-had-learned-how-to-control-his-emotions label attached. But then too the paler pink wild cyclamen, as an answer just now starting to bloom, remind me of the fainter but warm years we all still shared with my mom, who never was my wife. 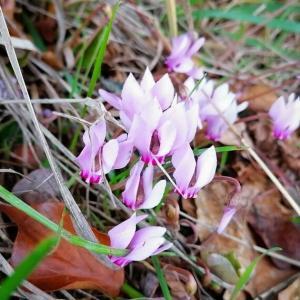