Gaining this immeasurable wealth of freedom 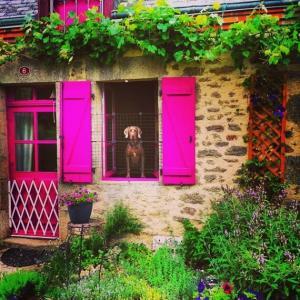 Having spend most time together for the last fifteen months, admittedly in Les Pierres’ pure paradise but its small size is worth mentioning again because it’ll bring additional illustriousness to this acclaimed achievement, as if we had any other choice or were the only ones in hermit mode, the course of which nevertheless firmly confirmed the righteousness of our decision to get married ten years ago, no missteps recorded, one would think the opening offered by Ivory’s first expedition into a world that apparently has continued to subsist, a five day long work related journey to Southern France, would be disorienting for me and dreaded long before his actual departure.

Conceding it won’t take anything away from the romance at the base of our existence here, but instead adds to it by affirming my rock solid confidence in his return as soon as possible and by my promise to hold down the fort in the meantime.

Dropping him off at the nearest train station earlier this week made me realize how little I envied him and his upcoming adventure, having to travel back north to Paris for hours to be able to descend to the South, an annoyance heretofore pre-Corona also for sure but by now a no chance recipe for miserable delays and other stressors, voluntarily and literally turning into a tinned sardine, sheer impossible to avoid close encounters, the ones nobody really wants anymore but is afraid to have a corresponding attitude towards: don’t talk to me, leave me be and for God’s sake no touching.

The whole concept of having to be on your qui vive constantly for the dangers that lurk not in the dark but right there in front of you – Did I nudge that persons arm? Should I now disinfect? – is so uninviting to me, so counter intuitive and tiresome, I would probably not be able to keep myself in check for long.

Driving back I mused about this loss of flexibility that once felt natural, self-evident and ever so important, as the cost for gaining this immeasurable wealth of freedom we intuited by simply living our stripped-down little lives in Nowhere, France.

At home Mec remains on the lookout in rejoiced advance: it’s all good, because he’s back soon. And he was.