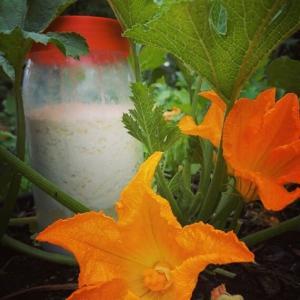 Last year’s infestation of powdery mildew started in the zucchini’s, crawled through the cucumbers, hit upon our squashes almost as bad as on our tomatoes and ended up affecting some our roses too. I even suspect our strawberries fell pray to it, but that could just as well have been a different pest all together.

I’m actually not really sure which direction that cursed mildew’s roadmap followed, if any. It usually spreads it’s spores with the wind, but it seems more likely we were dealing with many different species of fungi causing mass destruction in our garden. It really slowed down growth considerably and even killed a lot of our plants. It’s immensely frustrating to see so much of your efforts in creating a bountiful crop go down the drain rapidly, not to mention the sad sight of dying plants without any opportunity to help them because they were already too heavily infected. I tried but failed miserably.

We were obviously very keen on getting rid of the disease, which is not easy because it persists not only in composted materials but also in the soil itself. Unlike many other fungal diseases, powdery mildew thrives in warm, dry climates. The spring we have had so far has provided ideal conditions for it’s dreaded return. So all of my attention has been focused on prevention. Once again I have placed my hopes in the hands of my beneficial bacterial friends, using the kefir whey left over from making cheese every day as a potential wonder potion. Twice a week I have sprayed the plants most at risk of perishing again with this liquid gold, diluted with water.

The theory is that adding benign microbes to the plant’s environment will provide a natural counterbalance to the harmful powdery mildew fungi. Apparently my precious bacterial allies can not only help me in the kitchen, predigesting our food, but they also have a so-called entomopathogenic effect on the growth of fungi that cause powdery mildew.

Fact or fiction, you tell me. Or I might be able to tell you, after this garden season. So far, the experiment seems to be successful.

Also consider reading  This beautiful catchphrase that spoke to me 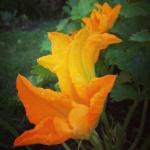 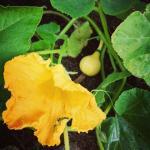 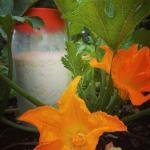