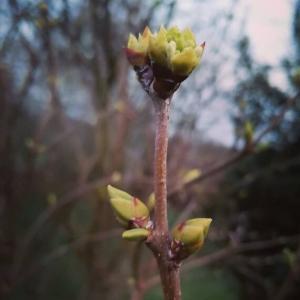 It’s not always an apodictic designation out of the cacophony of natural voices populating Les Pierres, some whispering pleasantly soft from a distance while others ask for attention much louder, awkwardly close but not necessarily for more urgent reasons, but when the house itself starts protesting in fear of becoming dilapidated, my interpretation of the thoroughly clogged shower drain, I tend to listen to this call to action, albeit delayed and with appropriate reluctance.

This imaginary but probing conversation, after catching my annoyed interest, quickly derailed into demands formulated, rather at the top of our house’s voice, for a fully functioning fosse septic and a custom made new kitchen, both overdue promises from when we bought the place and weren’t as focussed on its outside as we are now, hence the physiognomy of neglect I do recognize but can not really take on at the moment, not even in theory, too overwhelmed by other concerns and priorities.

Also consider reading  Mint is the first to catch my eye

I completely ignored Ivory, who’s sensible suggestion of calling a plumber may sound very obvious to some but certainly not to imperturbable me, and entered the painful process of pretending to know my way around our pipes, once called ‘an ugly mess’ by someone who actually had that knowledge. Honestly, it’s weekend and any plumber would not be coming before Monday anyway, giving me fair opportunity to proudly overcome this inconvenience myself.

With progress not yet imminent, slowly transforming my confidence into stubbornness, I will tackle the outdoor pantry this afternoon, head-fast convinced the problem has moved to the pipes situated there. If needed I can find comfort in the kindred spirit of our Lilac tree next to it, not only symbolizing spring and renewal but also confidence, the kind it takes to sprout three months too soon with winter still coming, after being tormented all summer by colonies of killer bees, stripping its bark to build their nests with.

One could smile over so much hot-brained foolishness as much as over mine, or one could unite in American poet Walt Whitman homage to a lust for life, his famous poem “When Lilacs Last in the Door-yard Bloom’d”. Beyond dispute, I’d say.