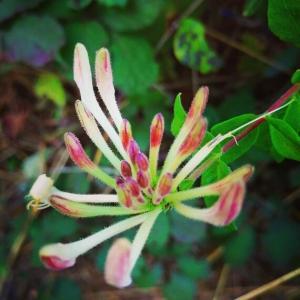 Ivory’s on the phone with our friend, an eloquent elderly lady from Berlin who’s life-spanning story could easily fill several adventure novels, ornately told, preferably by herself.
She has never seen our tiny pinky paradise place of residence other than on the postcard we recently send her and she jokingly worries about a less happy ending to our fairytale. “It’s really lovely and adorable, but where do you go when you’re cross with each other ?”

It’s not a question we never heard before or even vaguely address ourselves every now and then, but coming from the woman who bought me pills against ‘white anger’, an act I subsequently interpreted as an attack on my solvency to curb racism but she claimed only referred to me being angry for the sake of being angry without necessarily feeling it and they were, are you still following, actually really good sleeping pills, her seemingly innocent inquiry only reminded me of the mutually distorted profiling going on between us, I mean, I lovingly call her ‘the sex machine’, and she’s eighty-six, favorably estimated I’d say.

Raised with multiple siblings in a house with little privacy and only shared rooms, I can’t maintain a superimposed image of being a stranger to quarrel and conflict. I’m sure my sisters and brother will all agree we had a very happy childhood, but the picture-perfect example of a smoothly run family we might have radiated, we in hindsight never truly were and the flawed adults we have become surely reflect this, no judgement made.

Used as we are to never mince words, friction between us is persistently lurking and I’m not surprised it took Ivory years to get used to our family’s unfiltered attitude towards each other, in terms of upbringing coming from the complete other end of this spectrum.

Yet it’s simply no fairytale that these Big Friendly Giants never have a fall-out big enough to cause the tiny house to burst at its seams. It might be the pink rubbing off on the both of us, the comfort of the gold-rimmed surroundings, or the common honeysuckle who’s bountiful scent sweetly intoxicates us, symbolizing devoted affection, but I personally and wholeheartedly blame his sweet disposition.

Also consider reading  To go on with this quest for love