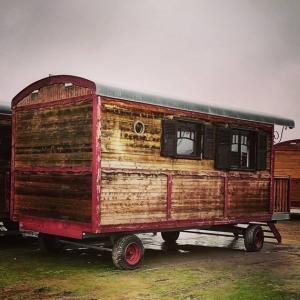 I swear I’m not getting paid for every time I contradict Ivory, but I admit it’s often my preferred way of keeping the conversation going, so when he claims we’re experiencing a harsh winter, like he did the other day, I like to remind him of just how much worse things could get and actually have been before.

He’s right, of course, hence me staying comfortably indoors most of the day and the long list of overdue tasks on our p’tit domaine getting longer by the day because gazing at them in passing won’t make them disappear, and it’s our head-on approach in heating that is making the difference and not my Calvinist views, more than five hundred years after his Reformation.

Work hard, put one’s own right mindedness first and pretend to act as normal as humanly possible: there’s my Dutch heritage in a nutshell, impossible to throw off because of its tightly woven fabric in my soul, whether it be congenital or acquired, the battles I used to fight with myself only made its truth more forthcoming, ridiculing the ongoing game I played with my psychologist years ago, the one relentlessly searching for the owner of my inner voice, never to be truly satisfied with my persistent two letter answer.

Being the barrel of contradictions I portray myself to be makes me an impossible sparring partner for somebody as solution driven as Ivory, keen on pleasing everyone before himself, yet we seem to manage fine in all serenity, with the occasional hiccup as the exception proving this rule.

The most ponderous discussion lately deals with an addition to our current housing, to offer some privacy to Ivory, and his beloved books I cannot but add, because I forced him to put them into storage when we moved into our tiny cottage not wholeheartedly sharing the enchantment they bring to the table.

We both sniffed out the opportunity of an almost nearby donkey-village announcing the auction of their atmospheric gypsy caravans, a done deal before even actually seeing them and, more importantly, the state they were in. It wasn’t my deciding vote cutting this cord when we finally did see the problem we would buy with it, though I was quite vocal about it: let’s for now share a cat cave.

Oo.. Is the caravan your new library.. How enchanting!

That was the idea indeed, but this one wasn’t exactly what we envisioned. I’m sure there will be new chances though….