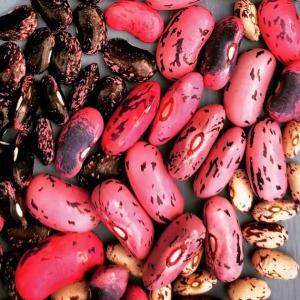 I am, as you all should know, naturally not at all laconic, a word derived from the Spartans who prized brevity of speech, but as it was not carved in any stones I know of and I am as gentle a giant can be but still a rebel at heart, this morning I broke the one rule our household has been upholding ever since years ago we inhabited a colorful yet drafty mansion in Rotterdam, where the cost of comfortable heating never agreed with our wallet, so we promised each other not to lit the gas stoves before the end of October so we could gradually get used to the upcoming, inevitable regime we sanguinely fooled ourselves to embrace the ideology of: self-restrained, simple, frugal and austere.

Part of the by now cherished memory of living in Rotterdam is smiling when passing the stadium of the soccer team obviously called Sparta, close to our home, a constant reminder to stay on track. Revealing that we shared this house just the two of us, all nine rooms, should be enough to refute the shelf life of these oh so noble intentions.

There’s many rationales I can hide my deviation behind, I figure, were I to be called to account by Ivory. He, for example, doesn’t want me to dress up our Young Mec, or ‘doll up’ as he calls it, thus ignoring my objections that our baby has little to no undercoat and already spend his first winter with us mostly in front of an electrical heater, draping his lean body as close to it as he could get away with without injuring himself.

To put the full weight of this common thrift argument on Ivory, whose father still cuts dishwasher tablets in half, just sayin’, as he will probably point to the water hardness as an explanation for this eccentricity, would be too easy though, as would arguing be that I was just putting the new flew liner and chimney to the test to prevent future hiccups.

Only when rescuing our drying runner beans from prospected rain, ever so bright and shiny and pink and full of tasty pledges of soups and stews not yet discovered but already simmering on our wood stove in my mind, did I realize I’m slowly but reluctantly resigning myself to saying goodbye to the promise of this past summer, never truly materialized.