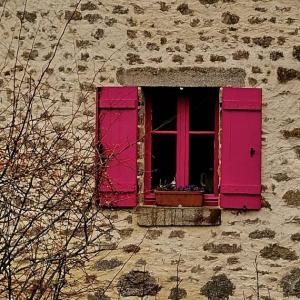 Il ne faut point s’affliger, we must not be distressed. Wise words, allegedly spoken by Jeanne Antoinette Poisson, the Marquise de Pompadour, of whom our local chatelaine seems to believe her chateau has a vague and pretty far-fetched connection to, right before her more famous phrase ‘Après nous, le déluge’, after us the flood. If only the overflow would not strike until after us, but alas by now water is literally running down our road and the only thing keeping us sane these days is the fact that we live on top of the hill, still a rather bloody band aid.

In all honesty, my personal antipathy to some of that local lady’s whipped emptiness cannot obscure the fact that I can also indulge myself in the same kind of fancy daydreaming, if only to brighten up our current gray life, as Pompadour did for King Louis XV, who was prone to melancholy and boredom.

It never ceases to fascinate me, once you start reading and researching these Greats in time, there’s so many angles and mainstays to direct you. For me, art is the customary rabbit hole of choice, because of its visual attraction and hence its direct appeal, easy and uncomplicated to dive into, but not infrequently these images lead to more weighty considerations of philosophic or even existentialist importance.

I realize there’s no common road that leads from flooding to Nietsche, with only a few stops along the way, like Karl Marx and Fyodor Dostoevsky, who used the same catchphrase to describe the selfishness and apathy of certain corrupting values, interesting yet my eyes are not detaining my attention for too long, wandering off to Paul Merwart’s The Nihilist, offered as a much appreciated side note.

All this reading and devouring of adjacent beauty makes me hungry for what Jean-Jacques Rousseau described as ‘a sensibility and niceness of distinction received from nature, which prejudice cannot withstand’, but one look out of our perky pink windows securely kills that desire: it’s raining again.