The discomfort that our love apparently invoked as well 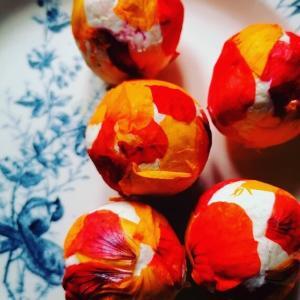 Nice and warm, clean again after nasty poo and pee adventures. We try to embrace, but mama’s startled:
“What if someone comes in and they’ll see it … ”
“See what?”
“Uhm … kissable secrets.”

When years ago my mother was diagnosed with Alzheimer and we instinctively promised to stand by her no matter what, neither one of us had any idea of the road ahead. It was our determination in facing whatever together, not as weaponry against skepticism, people fearing the depth and appropriateness of our emotions, but grounded in the gullible faith in solidarity that I still endorse, albeit less naive.
I was mostly ignorant and dismissive to the discomfort that our love apparently invoked as well, like my father mindfully inquiring if I would do the same for him or my eldest sister, unable to internalize the personal implications of the progressing disease, making her perceptibly feel threatened by our forceful fortitude, compelling her to chose blame over connection.

When the Dutch prime minister in March announced the ‘intelligent’ lockdown to prevent the augmentation of the spread of Coronavirus, he also appealed to solidarity as the driving force behind measures, calling on us to be one with the elderly, who seemed much more susceptible, and the country eagerly complied.

Retroactively, with a surfacing understanding of the government’s definition of oneness, up until recently claiming there was no need for health workers in elderly care to use personal protective equipment, not out of medical but scarcity considerations, causing the disease to hit this part of the population unnecessarily heavy, horror over their dishonesty predominates lamentably.

Luckily, high in my head and heart her heavenly trees are still flourishing. In her tea cozy, in all the flowers, in the laundry box, with no teeth, in the clouds, in splashing colors, in her footsteps, in wonder, past her nose, mama always bloomed.
While covering our homemade cheese in nasturtium petals, not just for beauty but also adding a peppery flavor, I picture its unstoppable attraction on her, Oh, these pretty little things, followed by her mocking indignation discovering its scent: ”Purest flower deception!”