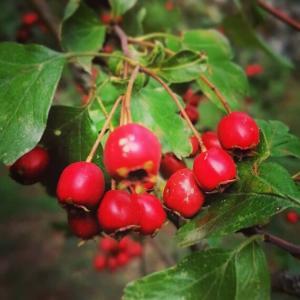 The month of August might be nearing its denouement, a true end to its purpose is by no means actually in sight. Traditionally associated with harvest and in Dutch language even more directly linked through a straight alteration of the Roman emperor who gave it its name, it doesn’t genuinely feel like the lion’s share of the work has been done. Les Pierres’ pantry may not appear to be empty, real winter substance is sadly still lacking.

I suppose time, like so many of life’s accessories, cannot be compelled to suit everyone’s needs, not even in France, where they have made serious attempts to do so by designing a revolutionary timetable that tried to remove all religious and royalist influences, dividing the year into twelve months of three ten day weeks. Each day in this Republican Calendar was split into ten hours, each hour into hundred decimal minutes and each decimal minute into hundred decimal seconds. Attracted by the sumptuous name under which it was first brought to life, The Almanac of Honest People, my head literally starts spinning merely trying to visualize the impact a reorientation like this would have generated on ordinary day to day life.

With the newly found pace of recent days, Ivory and I increasingly denominate the degeneration of time’s authority in favor of observation and its consequential activities. Who cares what time it is, things are ready to start moving forward when they are or, more significant, when you observe them to be.

Funny enough this timelessness brings about a state where one is more susceptible for, or I should say has a better understanding of, old fashioned ways and traditions. When there are no hastily elapsing seconds to terrorize us, we prove to be more convincingly prone towards corny wisdom, previously rejected.

If at all accurate, the overabundance of red berries on our Hawthorn tree this autumn predicts an extra harsh winter soon rushing in. About this ‘noble épine’, which the French believe was the supplier of Jesus’ crown of thorns, many magical stories circulate, predominantly praising its medicinal powers. Fortunately for my time-honored me, many recipes are still widely spread too. Worth googling!