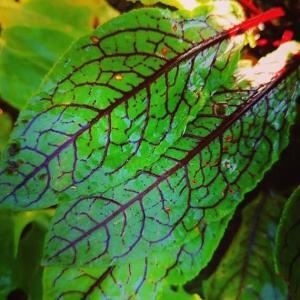 Blood is thicker than water and as the Dutch say it creeps where it can’t go, indicating that when something is meant to be, it inevitably will be. The intention is unmistakably to express hope and reassurance, but leaving the associated necessity of severe effort unappointed has always made me feel a bit resentful; things never just turn out for the best. When you congratulate someone on an achieved success, they are usually extremely eager to commemorate the amount of hard work they’ve put into getting there, as to clarify they truly deserve the recognition.

During my active career as a professional playwright, I lost my joy in writing numerous times, often leading to major dramas such as missed deadlines, unfinished and even returned assignments. Whoever doubts the severity of the aching caused by writers block, it would be my pleasure to offer a convincing and prolonged lecture to. Saying goodbye to the writing metier all together wasn’t a straightforward decision, but slowly surfaced as a solution for a long longed change of pace which, once gotten used to, I was relieved about and really happy with.

Not relying on any return to base warranty and very much appreciating its lengthy absence, no-one could be more delighted than me with its unanticipated and sudden comeback. I can honestly say that I have lost all memories of the past pains and hardships it has caused, which feels unerringly marvelous. The other day a friend expressed how happy she is for me ‘tapping into a true vein’. The serendipity of her to blood referring analogy certainly isn’t lost on me this time around and I intend to not ever spill a drop of it again. Now that it doesn’t feel like work anymore, let alone hard work, a jolly onwards and upwards awaits.

While watering the garden this morning, I found the veins of our Bloody Dock to be so much more telling than before. We grow these plants and the related Common Sorrel for its leaves, that we use raw in salads and vegetable shakes but they can be sautéed too. Roughly chopped with olive oil, vinegar, salt, lemon juice, yesterday’s cheeseballs and some pistachios, it transforms into an excellent pesto to serve with grilled fish.

Also consider reading  Because of its attractive appearance