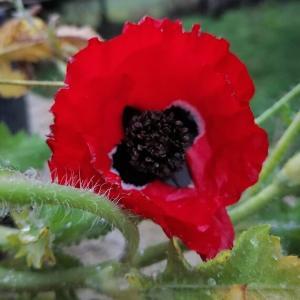 My deep-rooted preference for the odd one out, the unexpected and occasionally even the inappropriate, knows a long and predictable preamble of being one myself, or rather being arrogant enough to broadcast myself as such, never fully understood or appreciated but largely comfortable with the consequences of having two temperaments on the spectrum, an introvert at heart but with an insatiable longing to be outgoingly jovial.

Starting high school after years of being bullied, probably recognizable to every young giant that by his height is estimated to be older and whose behavior is therefore considered childish, an intrinsic inducement to be roughly ridiculed, did put me in perfect position to become favored, more in front of the pack, because size began to matter and unleashed some awe and respect, an opportunity I seized gratefully and totally, but translated incorrectly into acting cheeky and rude towards my teachers to impress friends and classmates, thoroughly enjoying the popularity it produced, but not so much the repercussions my parents had in store for me, by making me repeat my junior year, well judged from an educational point of view, but in hindsight socially definable as an alteration of my life’s course.

Also consider reading  Inspiration Nor Motivation Fail To Find Me

That experience, being thrown back on myself, having to reevaluate friendships and their importance, or their shocking irrelevance on that score, by watching everyone else move on while I got stuck, for sure has turned my personal gaze more inwards, a sumptuous quality to which my subsequent writing career is truly indebted, as well as my self confidence by allowing me to always having a place to hide inside. The extrovert in me found its spotlight in taking part in school plays, consistently directing me towards my other future activities.

I sowed our Papaver bracteatum, also known as Iranian poppy, Persian poppy and the Great Scarlet poppy, early this year and had high expectations of their bloom, expected in May and June, but was disappointed by its tiny and sparse flowers. Who would have thought this misfit was capable of stealing my heart after all, but in freezing December, as an adorably misplaced Christmas decoration in red and green.