So otherworldly beautiful I connect its significance to the event 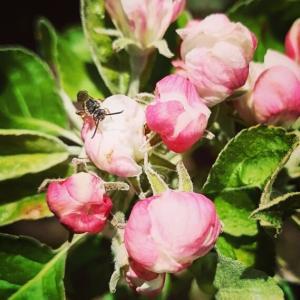 Some tragedies house more than grief or sorrow, cutting through the initial pain like a hot knife through butter, if your consciousness allows you to recognize that beauty is their dominant ‘raison d’être’.

Last Sunday it was precisely nine years ago that my dear mother died in our arms and as my sister stated, it could have easily been fifteen, after her disease messed up so much of the actual timeframe of losing her, differentiated by parts of her that have never left, up until now. That day ended in the brightest golden light I’ve ever seen, so otherworldly beautiful I cannot but connect its significance to the event, intermingling all cause and effect into something we could relate to, as oppose to the smarting reality of what had just happened.

Way before my mother was officially diagnosed with Alzheimers, my other sister was about the only one in the family who persisted in denial, which caused a rather painful squabble because I considered her fate to be a full family matter, mirroring the support system our mother created around her children. This sister accused me of being too unhealthy connected and involved in my mothers daily life back then, which she believed was the origin of the ‘depression’, her professional judgment as the eldest daughter, a breathtaking reproach easily forgotten but still hard to cast aside.

She was thoughtful enough to sew a highly personal quilt honoring our mothers past by embroidering the places she had lived on it, but by including the Japanese concentration camps she, probably unintentionally, created an of yore best rejected if not obliterated at all. Although I couldn’t bear the thought of my mother waking up to those ghosts daily, instead of fighting her, which would equal establishing some form of being right or better equipped, I chose to hide the blanket in the far back of the closet.

Now that the neighbors have finished their Woesome Wall, Sunday also marked the first day of having our privacy returned to us. Inspecting the damage done, attracted by a recognizable golden light, I suddenly validated a future rose-covered gate, our old view, with a staircase down to where our fruit trees bloom. 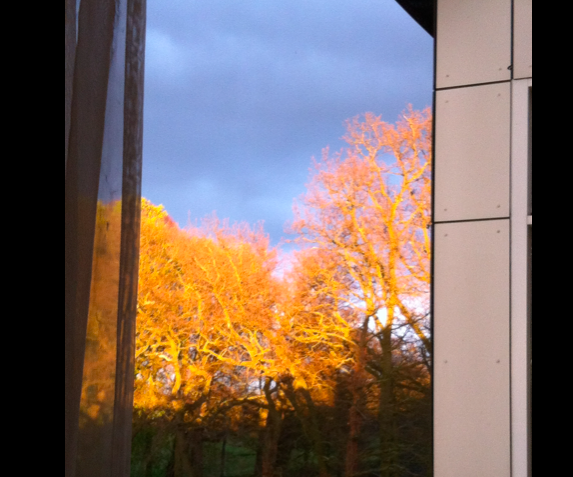