Still pretending to be a Renaissance man 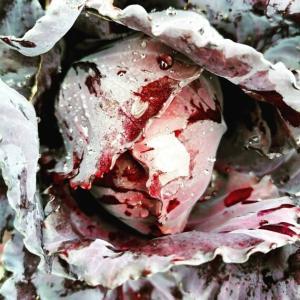 After passionately digging out stones that cover Les Pierres’ sewage system outside for three hours yesterday, newly predicted frost threatening further progress hence the drift, the biggest revelation was my severely weakened condition, not so much physical but more specifically pointed at the part of my brain that as a general rule directs practical insight, one of my more advanced competencies normally, but these days seemingly completely adrift, also witnessed by that full cup of piping hot coffee that ended up next to the table this morning.

There’s an obvious explanation for this unfortunate downfall in recognizing the serious stress caused by the insane amount of things to urgently fix, only recently surfaced but unconsciously simmering before, but when my actions to repair start adding to that list instead of subtracting, like digging for more than an hour in a totally unrelated area without any comprehension, it’s more of a self-obstructing mechanism at work, delving its heels in deeper and deeper.

It’s like when you continue smoking heavily whilst suffering from a breathtaking bronchitis, something I’ve been known to do, I shamefully admit, but in my defense I then wasn’t half the sensible person I am now, so it’s about time to face this music of being a bigger part of the problem than of any solution.

Heedless to knowing I am now up against me being my own worst enemy, I stepped into the cat cave this morning to consider new strategies. Before getting to that, and I swear I don’t make this up, I was confronted with a non working electric heater, still functioning yesterday, but ever so unresponsive now.

Not to further break my already bruised brain, or ego for that matter, I chose to replace it with another one from inside, still pretending to be a Renaissance man, but the result remained woefully the same, forcing me to rethink the blame-myself-thesis: it must be the universe talking after all, fiercely having it in for me.

Another joyful aspect of yesterday’s labour is the thus established confirmation that we’re dealing with a cesspool underneath our veggie garden, a filthy but not surprising elucidation for the health of our red cabbages.