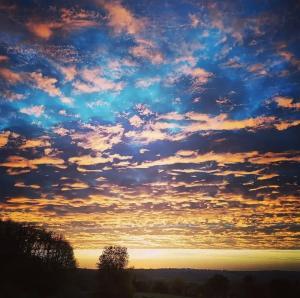 Exaggeration and its analogous admiration for tenderhearted theatrics both come unsophisticated and desperately desirable to me, no extended avid avowals necessary as I’m already publicly known for letting my emotions take control over the better part of not just me but anyone involved, invariably pushing all the required buttons, consciously or accidentally, evoking a more or less predetermined yet passionate performance, asked and consistently delivered effortlessly, because my impetuousness does not empathize with any or all fear.

This obligational need for embellishment obviously borders daydreaming as it fulfills a desire not entirely nor truthfully met in reality, but as I absorbed when we escaped from and not to the chateau years ago, in reference to a by now rather popular tv show, there is a distinct difference with our then lives, when escapism reigned supreme while we indulged ourselves in pretending the world wasn’t half as cruel as the loud-mouthed all-pervasive news wanted us to believe.

It’s with the same impetuousness I often invoke a comparison to a fairytale world when ruminating over our lives at Les Pierres, where we candidly discovered that it makes no sense to abscond a world wherein beauty prevails, giants can grow even taller from within and our adorned hills cannot be but bewitched. As powerful and motivating an understanding, unchallengeably connected to the history of this region where witchcraft forms an intrinsic part of the cultural heritage Unesco has proclaimed to be intangible yet necessary to recognize, when it comes to the day to day jobs at hand, like sanding and repainting our shutters and the rest of the outdoor woodwork – still the same pink, no need to worry, although its formal name is Traffic Purple, surprise surprise – this uninterrupted airy-fairy might not seem the most practical digression from productiveness for anyone but this romantic dingleberry, yet it’s what I do instinctively and impregnably, ruminating on the well-known themes from the nineteenth-century romantic revolt against industrialization and modernity: austerity, craftsmanship, small-scale, celebration of place and nature and aversion to flat consumerism. Its mouthpiece Amantine Lucile Aurore Dupin de Francueil, best known by her pen name George Sand, lived in close vicinity for good reason, at least in my slightly overbearing romantic estimation.

Even Ivory, undoubtedly the one more down-to-earth among us, prefers to dub our conspicuous tiny home ‘The Shroom’ whenever he can and I’m sure that when he does, he not even subconsciously takes in consideration that by doing so he refers to Amanita Muscaria, the prototype at the basis of typical mushroom houses in classic fairy land, and more importantly that it’s quite poisonous and highly hallucinogenic.
The way my mind works, the way I trained it to work by over the years wining and dining it into becoming my most costly imaginative faculty, prohibits it to surmise the playfully meant gnome houses and instead lets it wander to the panel paintings of Hieronymus Bosch, in particular his undated triptych ‘The Garden of Earthly Delights’, completely persuading me to believe it must be tightly rooted in our tradition to believe in magic and the mythical creatures that haunt everything, including the very air we breath. Don’t ask me to further elucidate this kind of aberration, but having read somewhere that Bosch was one of the first artists known to paint primarily from his imagination must bear some blame or fame for it, somehow. 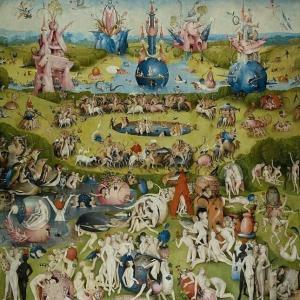 To persist in also spending quality time in a less color clouded reality, I keep a copy of ‘Regenesis’ on my imaginary bedside table (read: iPad), the latest book of zoologist and environmental activist George Monbiot, in which he explains how all farms are founded in false romance, even the so called organic ones that he designates to be well-intentioned but nostalgic alternatives that take too much of the available land. He writes about how rich the interaction between fungi, bacteria, worms, plants, trees and animals is and how sensitive that joint organism is to human intervention. Plowing is disastrous for the soil. Drive heavy equipment across the country once and those hundreds of miles of tunnels dug by worms are gone. The Neolithic Revolution is the greatest attack on nature ever, he concludes. What he wins my heart with however, are not these sadly known but hardly acted upon truths but the romantic ethos he uses to describe his own nature experiences, like fighting fire with fire, admitting some romance is needed to seduce us consumers, still. 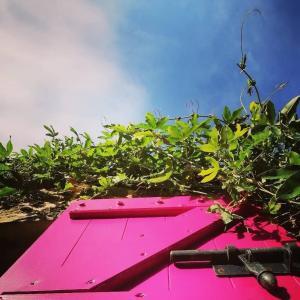 Snow Queens are notorious for beckoning us to come with them into Winter and in my frame of beliefs there is no feasible escape from the creative power added to reality by reverse reverie, turning this self-proclaimed gentle giant into the evil monster that wildly tears off our favorite passion flower vine’s leaves after vocally glorifying its vigorous vegetation and beautiful bloom all throughout summer, to demonically devour by concocting it into a calming and intoxicating tea, an activity wicked witches wouldn’t shy away from.

Believe it or not but it’s with an equally impetuous sense of reality I brutally murdered the wasp colony that took house in the wall next to the little attic where our friend, who has been in the hospital four times just this year because of his severe allergy to these little buggers that consequently smell him out from miles afar, had to work this weekend to finally help us reinstall hot water supply to our kitchen, after several years of running back and forth to the bathroom when doing the dishes. Or with the atrocity of finding a huge decapitated dead rat on my doorstep this morning when entering my kingdom I share with that other monster living at Les Pierres, who’s imagination clearly goes beyond mine, yet I doubt he wastes any time on daydreaming. 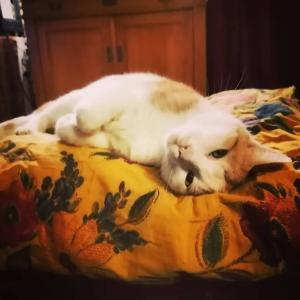